Saad Ghosn: Scream and Beyond

A Call for Change

Can art be a form of activism or is its power limited to the purely aesthetic realm? While artists and aestheticians continue to debate this, artist Saad Ghosn firmly believes that art has the ability to create a better world. It is this belief that made him found SOS ART in 2003.Through this organization he has created an inclusive platform for artists, particularly those in the Greater Cincinnati region, to work for change. His ongoing solo show “Scream and Beyond” offers an interesting parallel to his journey with SOS ART as both the exhibition and the organization use art to advocate peace and justice.

“Scream and Beyond” at Meyers Gallery, University of Cincinnati, features woodcuts created by the artist from 2008 until recently. The works in the show emerge from the artist’s observation of the world during these years and dwells on existential questions related to the future of the individual, the society, the nation and humanity. The title of the show is tied to these reflections. The years following the 9/11 attacks were ones that were marked by an increasing societal polarization and a growing intolerance towards the “other”. The helplessness the artist experienced in witnessing this shift made him want to scream in frustration determining both the title and the character of the works in the show. Luckily, the artist is essentially an optimist at heart. Hence the “scream” is not only one of angst but also a vociferous call for change as the artist sees his art as an opportunity to create a change in the world. Accordingly, the artist does not limit himself to focusing on any one particular question but draws our attention to a plethora of issues that are worthy of attention. Some of these include religious intolerance, racial discrimination, identity politics, poverty, the state of the nation, the failed promise of peace, the absence of justice, the abuse of human rights, and so on. Even as the artist touches upon diverse issues, the show is woven together by an overarching humanitarian perspective. In fact, the artist studied medicine primarily so that he could serve humanity. Subsequently, he took to art because he realized it could be a tool of activism in the world.

Delving into the works in the show, it is evident that the artist adopts two conceptual strategies to communicate with the viewer. The first is in the nature of a plea; he appeals to the public to consider themselves as human beings first rather than as individuals belonging to narrow boundaries of race, religion and class. For example, in “A Dead is a Dead is a Dead” the artist highlights the fact that irrespective of our differences in views and backgrounds our destination remains the same. Intolerance that makes us forget our shared humanity is reiterated through the work “Beds and Beds” where the artist, pointing to unequal opportunities, urges us to be compassionate and open. The other strategy is to sharply point out the malaise that lies at the heart of our society— misinformation, religious fanaticism, aggressive nationalism, an inflated sense of individualism and an attitude that might is right. While critiquing the government and the system he spares no one as he implies each individual’s complicity in the current situation. In works such as “We See Nothing, We Hear Nothing” and “Our Comfortable Cocoon”, he refers to the average person’s tendency to conveniently ignore unpleasant truths. Through this exhibition, the artist intends to make us, the people, confront these realities and to nudge us to work for change. The choice to display his works at the University of Cincinnati was also guided by the artist’s desire to take his message of peace and justice to the youth.

At times, artworks that have a strong socio-political content give precedence to content over form. However, “Scream and Beyond” balances content with the visual and uses one to compliment the other. To begin with, the artist’s choice of working with woodcuts gives a stark and powerful quality to his images that enhances the socio-political content of the works. One could also say that the black and white tonality of the imagery also echoes the way the artist articulates his world views within the pictorial space. Saad Ghosn’s work, while giving ample space for dialogue, clearly differentiates that which is dark from that which is white in terms of values such as righteousness, justice and liberty. Clarity is also present in the artist’s visual language. He uses metaphors in nuanced but direct ways that help communicate the message to the viewer. A case in point is the work “Good Bye Liberty, Hello Bigotry” where the artist refers to the absence of liberty in the true sense by depicting a splintered Statue of Liberty made to destroy the world.

Religious motifs and icons recur throughout his work. He uses these in multi-layered ways to create a sense of dialogue. For example, he uses religious images and icons to affirm the message of love and peace that all religions preach. On the other hand, he highlights the victimisation of people in the name of religion. In particular, the othering of Arabs in the post 9/11 climate incited the artist to create works such as “Issmee Arabee”. He further teases out this thought in a striking work titled “John Doe”. Here he creates the figure of an individual who through his pose and attitude evokes a religious figure. As the viewer is caught in the gaze of the figure, the artist says that he “is a target of terrorism; not the terrorism brought upon by foreign “terrorists” but the one he lives daily: lack of human rights (education, health, free choice, environmental protection…); lack of privacy and of freedom of expression.” The artist adds yet another layer to the imagery by depicting the figure with a halo, thereby driving home the point that divinity is manifested in the world through humanity. Indeed, the human being is at the literal and metaphorical centre of Saad Ghosn’s work. His works assert that in serving humanity lies our spiritual redemption.

“Scream and Beyond” is an exhibition that depicts the debris of broken dreams— of the nation, liberty, individual freedom, dignity and so on. However, it is not only that. While there are moments of despair and anger in the exhibition, the overall message is that of hope; that change is possible at the individual and collective levels, and that it is not too late to work towards a better world. As an artist who is also a physician, Saad Ghosn knows only too well that the body and mind are interlinked. Anything that affects one also impinges the other. His art displayed at the exhibition first makes its mark on our sense of sight. But it soon penetrates into our beings and inspires us to translate the impact within us to positive action in the world outside. 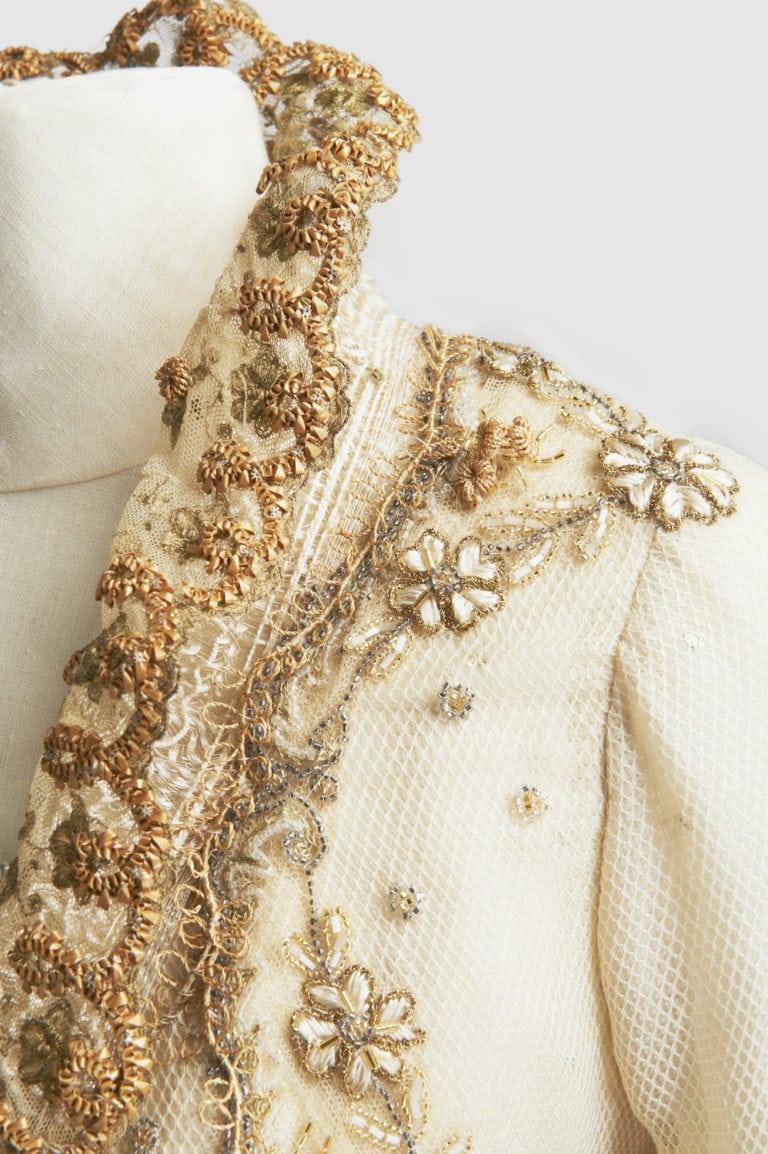 Sense and Sensibility by Jennifer Perusek 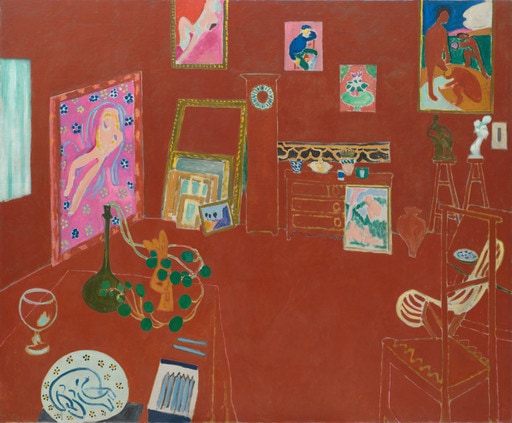 This exhibition prods viewers into the role of a sleuthing detective. The works exhibited are, of course, masterful: Matisse’s vermillion fauvism needs no introduction! 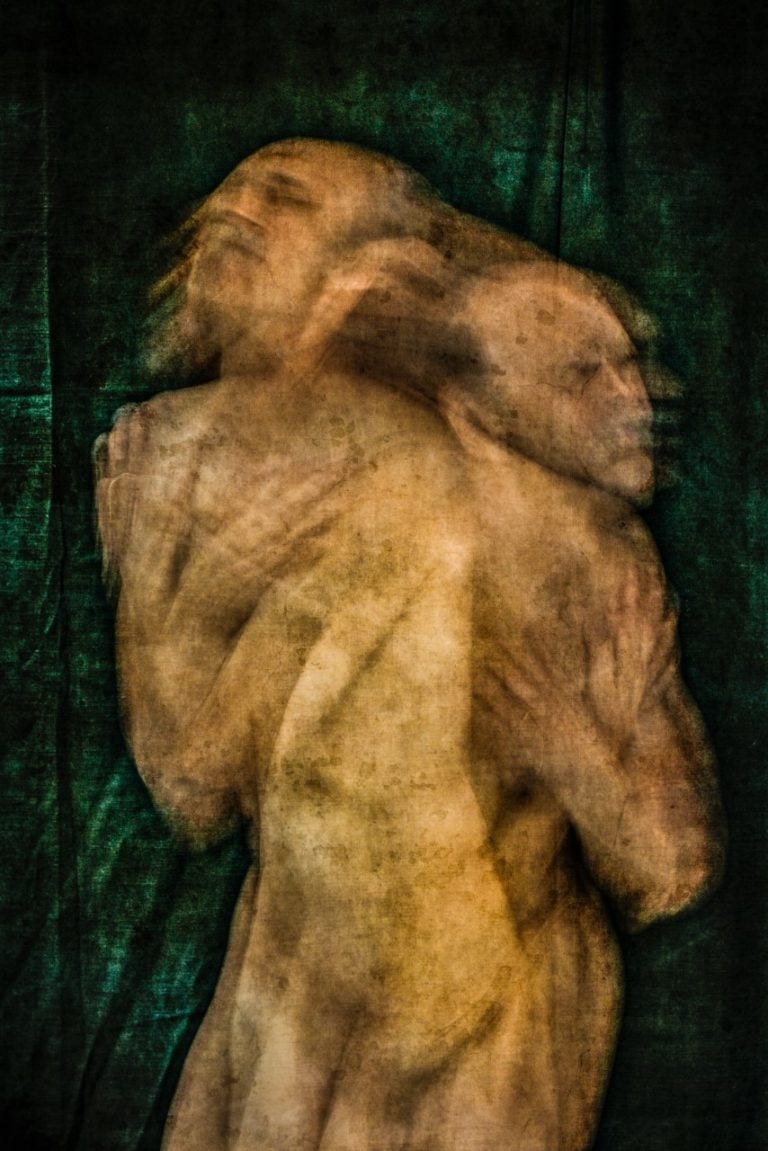 Zory Inside and Out: The Pandemic Portraits

For Zory, the pandemic was the occasion for a deep dive into oneself, a time without our customary distractions of work, play, or other people. If we strip away our jobs and our households, cut out Netflix and Uber Eats, what did we find ourselves left with?